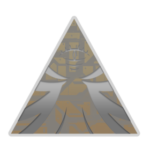 The first name in intelligence-gathering, information technology, espionage, and gray operations. Spyglass has a dark reputation as being lawless, mercenary, and deceitful, but this reputation isn’t entirely fair. Spyglass is governed, as much as possible, by the free market. Its corptowns are ruled by the tides of community justice and fairness, and yes, there may be a bit of a popularity contest there, but it works! And in a truly free market, outright lying, particularly on a contract negotiation, means you don’t get a second contract.

Spyglass employees tend to be either brutally honest or carefully manipulative. The corporation likes to keep people guessing. Predictably, Spyglass never contracts out their security to IRFP, and rarely contributes to the annual policeman’s balls.