Episode 11: The Nature of Species

Welcome to Radio Free Deimos, Episode 11: The Nature of Species.

Episode 11 continues our character generation series, looking at how “Species” affects your character sheet, and then tackling the subject in the HSD setting.

Trying some new processes and cleanup effects on this episode. There’s a lot of inconsistencies and volume changes that I couldn’t quite control for without spending a few more hours editing. Marking this one for future cleanup…we’re also messing around with formatting as we try to get a little closer to a manageable episode length. The “what’s awesome” newsclippings at the end may or may not come back.


♃ 02.15 — A few interesting discussions from the HC Svnt Dracones official Tumblr chat, including a brief note (really more interesting in what it suggests than contains) about HSD historical contracts, and one on nonstandard species.


♃ 03.04 — Regarding the attack on the Ruby Spire, I was a bit off on this one—on HSDExt1.0p.161 there’s an image of a raven vector dropping from a bridge to a sci-fi cityscape below. This introduces the “color” section that’s the source for a lot of our knowledge of the game’s setting lore. Pierce Fraser’s callout is a professor’s rambling on MarsCo’s cyclic nature and bursts of activity, in the context of a Pulse/Progenitus move against the Ruby Spire, the huge Whisper construction that links Terra and its moon. The text doesn’t have much to say about the idea of waging a war on the Spire, but it does have some thoughts on MarsCo’s influence on Vector society generally and the other megacorps specifically (spoiler. significant influence.)


♃ 06.28 — Questions and Opinions! This week’s Q&O is built around some feedback from HSD Discord member Zarpaulus. The original episodes were “It’s The Cog Show!” and “Jung 2750“. More lucid discussion can be found in the comments.


♃ 12.50 — Specifics on IRPF’s approach to situational justice are on HSDCore1.0p.43 . Ultimately there’s not a firm answer to “Who’s laws do IRPF enforce?” and the books are subjective here. The Lorebook may expand on this topic, given how much detail it gave on the interior of a lawless Spyglass corptown.


♃ 18.53 — Surprisingly, there IS an answer to “IRPF presence on Longbow”, HSDCore1.0p.57-58. Briefly, none. There’s also a reference to “IRPF guidelines for moral behavior” there that alludes to a general IRPF ruleset, although since IRPF has more or less full jurisdiction over non-corporate space and, more generally, space, it’s hard to say if this is simply their standard charter in IRPF jurisdiction or a hint that IRPF has a stronger, cross-platform mandate. I personally suspect that IRPF would have stronger general authority. As a comparison point, the concept of “time” was enforced locally for a long period, until around 1880 or so railroad time zones started to dominate the way people standardized and viewed time. A strong set of general rules, universally applied, may over time replace local rules.


♃ 19.21 — If “Why would an IRPF agent be sent to Longbow?” isn’t an adventure outline on it’s own… There’s a paragraph here that isn’t said, which is that while Longbow would never contract out for an IRPF agent, “Detective investigating in hostile territory” is a serious trope in the sci-fi/noire continuum, and of course the PCs will get that particular crap job.


♃ 20.20 — Tonight’s topic. Species on character sheets and in campaigns.


♃ 23.36 — Specifically Canidae’s optional family boons, at least under HSD 1.0, are “loyalty” (you’re much tougher when your party’s starting to lose in combat, with the trade-off that you will almost always support any any vaguely reasonable party course of action. you won’t go it on your own, and you won’t let them. Their other ability option is “one Wolf,” you’re good at sneaking, hiding, and attacking when you’re a decent distance from your party members. The trade-off is that you’re really lousy at negotiations involving other people’s needs. These seem to be two very different versions of canid…


♃ 26.04 — Apologies, around here I started having a lot of software problems, adding to an issue we had with microphones slowly falling over during the evening. Audio’s a little ragged past this point. On the other hand, have an article about hyena dental defense peptides. 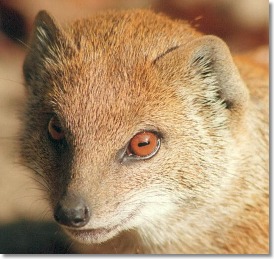 
♃ 34.09 — Wrong on this one, seals have the same skill options as the other species (in their case, “Inspire” plus two proficiencies.) However, they have the Aquatic keyword (HSDExt1.0p.6), giving them a better swimming speed, the ability to speak underwater, the ability to swap out their species Proficiency for swimming, and a few other assorted restrictions that make Aquatic Taur and Lateral life difficult…flippers, not paws.


♃ 36.46 — I don’t know if we’ve talked about HSD’s “Mutt Protocol” yet. This is a piece of the vector’s genetic coding that restricts cross-breeding, so that when two Vectors of different species or families interbreed the result is something that’s completely one or t’other. It’s pretty strong medicine – “even members of the same species, say, a husky and a golden retriever, will not create a mixed breed child unless specific steps are taken medically to deactivate those protections.” (HSDExt1.0p.19)


♃ 1.01.53 — Dear Corbeau, this is Corbeau. The biggest race war the felines were involved in was PROBABLY the six months of open, ship-to-ship warfare against rabbits (see HSDExt1.0p.23).


♃ 1.03.04 — The game author verified that mice were subject to the Master’s Voice effect, I think over twitter.

With thanks to Sirius Beat for our intro music, “Future Club,” and outro music, “Tronicles.” Our fun, modular header art is by Absyfield (Thank you Ashley!)