The hosts chatter aimlessly about topics! A chat about mind-altering music, Economics as combat skill, and what happened this week in our local HSD campaign!

Audio glitches for the week—host volume continues to be a challenge, but theoretically a solveable one. Corbeau got a little enthusiastic about cropping out silences, so there’s a…claustrophobic quality this week. Live and learn. Tinkering with the format, breaking up some of the non-topical banter and the topic, as the episode length was getting too big for our asteroid!


♃ 1.56 — We’re working on a few different things web page wise, but March and April are a bit tight time-wise—two conventions! If you make it to either Texas Furry Fiesta (March 24-ish) or Havencon (April 28), say hi to us! 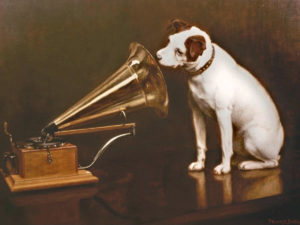 3.01 — “The Master’s Voice” is a fun trap for PCs, a hypnotic effect created when Vectors listen to analog recordings of humans singing. Over Tumblr HSD author Pierce Fraser talks about using the effect for recreational purposes. Also, Whines name-drops “His Master’s voice,” the old RCA logo.


♃ 7.39 — Carl Haber’s 3D scan technique for capturing analog recordings is pretty amazing on its own, and we speculated a bit “off camera” about how it might be a boon to the Master’s Voice remix industry. Well, I did anyway. We got the story a bit off, though in fairness, so did the New York Times, the recording of “Au Clair de la Lune” was by 1860 singer Eduard Leon Scott.


♃ 10.15 — with thanks to Plushie for this week’s topic, which boils down to “can one use Economics in a firefight?” Our answer: not quite. Also, we absolutely kill this joke dead. Poor joke.


♃ 30.15 — Back to our every-other-week campaign, a dungeon crawl, and a long conversation about incorporating skill challenges from D&D 4E into your campaign. It’s a great mechanic for gaming out non-combat scenarios.


♃ 43.06 — fun with tokens! The pictures below are from the Responsibility Chart by Melissa & Doug. Accept no substitutes. I guess our copy was an older version, I like ours better. I’ve put up the calendar at work for my appointments. 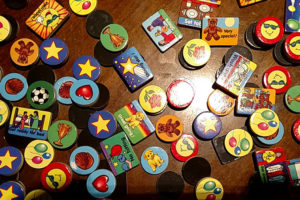 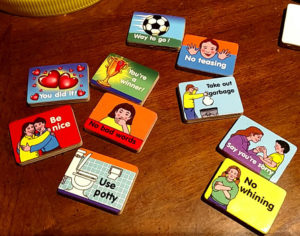 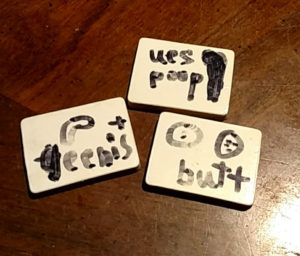 
♃ 46.40 — From the Fate RPG, “Kaiju Incorporated,” a game of cleaning up after giant monster attacks, and “Uranium Chef,” fighting sci-fi chef warfare with kitchen battle mechanics. Fate has the “bizarro sci-fi setting” thing down cold.


♃ 46.52 — and the trailer for the amazing cooking/fighting movie, “God of Cookery.”


♃ 48.06 — Things That Are Awesome in Space: the Trappist One planetary system, seven earthlike worlds around a faded sun. This just screams “RPG Setting.” And their web page is pretty swank, too. Why does an exoplanet system have such great marketing?


With thanks to Sirius Beat for our intro music, “Future Club,” and outro music, “Tronicles.” Our fun, modular header art is by Absyfield , (Thank you Ashley!) and Whines is our audio engineer.