Base Drives: House rules for Motivations and Compulsions 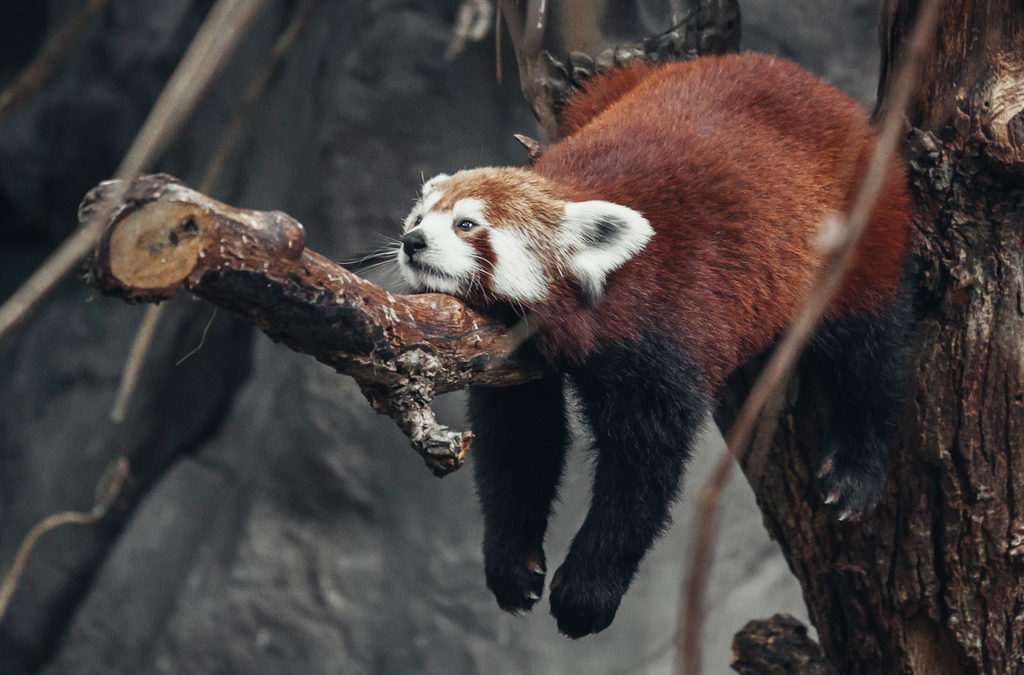 Placeholder for a work-in-progress article, this should grow over the course of the week…In the meantime, please excuse the gibberish

None of this is to say the Motivation mechanic is broken. It’s a clean mechanic for establishing and rewarding a baseline personality trait, much like Alignment in D&D but with a perk. It works. “Archetype-style personality trait with bennies” goes back to early White Wolf and the mid-90s, it was one of the traits of the Storyteller game that emphasized character. And it was solid.

Even so, eventually White Wolf decided that was too flat, and mixed it up a bit–shadow archetypes in wraith, public and private faces, ways of using a two-part system to make a more nuanced (but still templated) core personality.

An argument could be made for the Compulsion mechanic being a bit broken. It’s driven by an honor system for triggers (good: “My Frenzied Dementia goes off every time I’m insulted!” bad: “My Frenzied Dementia goes off every time I hear the German version of ‘Be Prepared!'”) though the rulebook (HSDExt1.0p.115) doesn’t specifically call out any good or bad triggers.Worse, over the course of a character’s story it evaporates, leaving a reward in its wake, and a “money for nothing” trait is fundamentally an off-balance trait. HSD Extended suggests using the two mechanics (Motivation, Compulsion) together to make a complex and problematic character…much of this post explores that idea, of working the two together to create something bigger than the sum of its parts.

Terms: The Fate system, which is the big monkey in the tree in terms of weaponized personality facets, uses the term “Compelling” a trait: this is Fate’s house jargon for activating a negative trait to force a character’s hand or expose a weakness. I’m likely to word-drop that one a few times, it’s a useful concept.

MAW: Motivation As Written. Rather than typing it over and over, this is shorthand for “the character is receiving the benefits of his motivation.”

Every negative trait contains its opposite. In addition to the standard list of compulsions, many motivations can be driven over the cliff into the madlands, becoming dark, disadvantage style versions of themselves. May be useful on its own, or in one of the other optional rule ideas below. Of course, some of the motivations are already pretty dark, or already have a reflection in the existing Compulsions.

Power: Domination, and to a lesser degree Control, can already stand as the flip side of Power, when that drive moves out of the abstract and into the physical.

Understanding: The dark mirror of Understanding might be Obsession: a craving to seek, to learn, to understand beyond any rational pause point. Obsessed individuals will risk life and limb to unravel the last threads of lore they need to master their morbid fixation–even, if some TTI rumors are to be believed, hounding their quarry beyond death.
Positive: If the obsessed character returns to a state of balance, he still maintains a deep knowledge of his subject, and can call on a bonus die in Mind checks or freely substitute Mind:Presence and Mind:Strength in situations concerning his obsession, whichever is more advantageous. Story-wise, this may be the sort of deep trauma that a “Preeminent” rating in a skill eventually evolves from, and a good point to begin that sort of storyline.

Wealth: Possession, and perhaps Compulsion, cover the dark side of Wealth pretty well.

Notoriety: What’s the dark side of wanting to be on the world’s bad-ass list? You could make a case for Codependency (your self-worth is attached to how other people reacts. Domination might also work.

Another trait that might fit: Narcissism. You strive to be at the center of attention, deeply enamored of your own beauty and worth. You can’t handle the idea that someone else might come before you, in a relationship, even in line at the latest store, and can lash out at people who don’t get with the program.
Positive: You have a level of self-awareness that few people don’t. Once a day you can reroll any failure that makes you look foolish or weak.

Revolution: Confrontation can stand as the dark side of Revolution, they’re related ideas.

Survival: Analysis Paralysis could be the dark side of Survival—a dread of risk, an obsession with finding the safest road. When you’re triggered, you’re lost in indecision, you overprepare, play out every possible scenario—and then life blows past. But you do know where your towel is.
Positive: When you’ve tamed the raging demon of indecision, you’re ready for anything. You gain a bonus of +1 die on research and information-gathering rolls when you’re preparing to face a challenge.

Duty: Submission and Codependency can both work fine here.

Suspicion: Taken to an extreme, Suspicion could turn into Paranoia: a powerful sense that you’re under threat all the time, that “they” are going to find you, and probably already have. When a trigger sets you off, you can’t trust anybody. Your party is probably safe, unless one of your close friends was what set you off…then anyone could be one of Them.
Positive: After years of checking behind your back, you’ve got a low-key danger sense. Once per day you can roll two sets of dice and choose the better when making Acuity tests directly relating to your own safety and well-being. You must state that you’re using this ability before rolling.

Sensualist: Addiction and Consumption both could work as the dark side of Sensualist, which is kind of a double-edged motivation on the best of days. In a sense addiction is a serious betrayal of this motivation, a vector trapped in a single repetitive loop, satisfying a broken need when there’s a world of experiences to be had, is going to be a very sad creature indeed.

Spiritualist: A possible dark side to the surety of a higher universe is Self-Delusion. When you’re sure of your situation, no amount of evidence can shake your faith. Your higher power–be it a leader, a philosophy, or, indeed, a fictional deity, can never fail you if you’re blinded by your beliefs.
Positive: Your faith is your rock. You can claim an extra “desperation” die in situations of extreme hardship: starvation, suffocation, physical endurance, and facing death. You may be able to get this multiple times per day or game, but it should be limited to once per obstacle or scene.

Moralist: Revulsion and Control both stand well for the dark reflection of Moralist, depending on how you’re working the angles.

Zealot: Fanaticism is the Zealot’s dark foil. You will flip the hell out if anyone contradicts your philosophy of the day, and anyone criticizing your magical worldview runs the risk of becoming Enemy #1.
Positive:  When you’re working toward your faith, you can perform minor miracles. Once per day you can claim your higher power’s blessing, either in the form of +1 die to a skill roll or a bonus of +1 to Body, Mind, and Community Presence checks if you’re broadly working to serve your god-analog, you faith community, or the goals of your church.

Legacy Memory: Part morphism, part motivation, Legacy Memory is hard to wrangle. Its dark side may be Voices: in periods of intense stress you’re tormented by a cacophony of malign alien words and destructive thoughts that push you toward harm. Besides being distracting as hell, these can drive you toward some very dark actions.
Positive: Channeled, these distractions can fuel a powerful creativity. You get a +1 Die bonus to rolls to create artwork (writing, painting, holography, etc.)

(This variant assumes the character keeps his Motivation and Compulsion and draws benefits from both, but involves a bit of time-keeping.)

The rules for Compulsions recognize that there’s a strength to be found in your dark side. There’s solid reasons for an awful person to be, well, awful. Being a jerk lets them get their way. Taking risks sometimes pays off. And the redemption arch of “Eventually you’ll buy off your negative and be a well-adjusted person” is a lie straight from the self-help aisle. A chronic ass tends to stay a chronic ass. Anyone who says otherwise is filming a Rom-Com.

And for some characters, it doesn’t make sense for them to evolve away from a good compulsion. In the high-stress world of Pulse marketing, three puffers, a few creds worth of space dust, and a martini are a well-balanced meal. Does it make sense for them to give up Addiction? This variant assumes that the PC’s got his dark side, and he’s okay with it.

Rule adjustments: Use MAW rules and Compulsion. The character is somewhat reconciled to his Compulsion. As long as he acts on it once a day, he gains the benefit of the Compulsion’s positive. The character still has his triggers: He can voluntarily act on them or take a roll to avoid them, but overriding a trigger like this adds stress to the character, who’ll be frustrated, bored, tragically lonely, jonesing, or otherwise for about a half day (until he gets a good night’s sleep, or a few meals, or otherwise.) Or he can really cut loose and indulge his dark side. During this time he loses access to the benefits of his Motivation AND Compulsion.

Too much math? It might be simpler to say that the character can choose to ignore his Compulsion triggers, but will not have access to this Motivation and Compulsion “positive” until he indulges himself.

Roll the Red One

This mechanic assumes MAW, and the player may or may not have the positive side of his Compulsion (the conversation about whether a Compulsion should be a long-term problem or a short-term hurdle is a different topic. If it’s a forever problem, the PC should get the positive.) When the player adds his Motivation die to his pool, he should represent it with a die that’s visually different–preferably bright red. If the Motivation die turns up a “1”, the character’s Compulsion has corrupted whatever higher goal he might have been working toward. It may not be a failure, but the GM and player should work together to find a story-friendly way the player has acted on his compulsion. If this just doesn’t make sense in context, skip it, it’s not worth bogging down game play. If the roll’s a failure or a botch, it may be easier to work the compulsion into the character’s moment of weakness.

When the character is really under pressure and up against the wall, he can draw on his Compulsion as if it were also a Motivation, letting his dark side drive for a while. This can leave the character strung-out and ragged, taking a -1 to all Resist-type checks

Wit’s end – how do you respond under stress?

plushie – Well for modding dnd 5e friend and I (at the amazing game store) figured out how to make 5e personality traits, bonds, flaws and whatever the other one is. We treat them like Traits and instincts from Burning Wheel, they are something that always happen regardless of if you say your character does them. There very ‘if then’ clauses, ex. If surprise i always draw my weapon. That can be handy or bad, say if your in the kings pressence. Then we used Fate. This gives the DM something really to poke at a character in situations wise
So it boiled down to the changes are.
1. Unlimited inspiration
2. You can only spend inspiration when a roleplay element comes up. (personalty trait, flaw, bond,  ect) Can’t just spend it just becaue your attack missed, Now to spend it because your protecting someone that relates to your bond, sure!
3. You can spend inspiration to NOT do something in your roleplay element,(such as aflaw) Like not drawing that sword in front of the king.

Jagamma – But in HSD, your character has a chance to fight the urge to draw their sword, so the rules are already there to cover that.